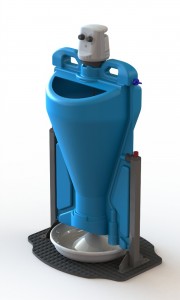 Mould tooling is made by mould toolmakers they are the ones who work in the manufacturing industries generating precision moulds from drawings of a mould tool design, they work with and on apparatus such as cutting instruments, fixtures, dies and jigs and other kinds of hardware which are needed in the building of moulding systems. The products that toolmakers create could then be utilised in many other operations and solutions creating unique machine parts which can be ready for mass production. Sometimes mould toolmakers really need to work along with mechanical engineers who supply support and aid them regards the design and sizing as well as the knowhow. By habit, the toolmaker is required to make the mould in the raw organic material that is going to be used for the mould and then they must cut the mould material making use of the correct type of precision machine which will create the plastic components.

Mould tool pieces will often be designed with resources of assorted coefficients of thermal expansion. These elements can’t be simultaneously taken into account free of huge increases in the value of design, production, processing, and quality overseeing. The skill of the part designer and toolmaker will position these aesthetic detriments in undetectable locations if probable.

The mould tooling and design that produce the plastic components are made by using the knowledge and experience of a toolmaker who uses various types of machinery such as precision grinders, jig borers and jig grinders as well as a milling machine and other types of CNC machinery. A professional toolmaker can produce distinct tooling and moulds as well as parts that may be used in components that are used in everyday life. A very good toolmaker can easily produce a finely-detailed mould from a set of blueprints and is well worth his weight in gold!

If you are looking for a UK company with years of experience of working in the making of moulds then give International Mould Tools a call and we can discuss your requirements.  We can carry out mould design as well as tooling design with experienced  mould toolmakers and creative mould design personnel, we can create your plastic parts or idea's from concept to production using the latest techniques and machinery.