You are here: Home / Archives for injection molding

The flexibility of making all sorts of components by using polymers was a great invention by using moulding machines that inject plastic resins into moulds these have become very common and mould design has got creative with the advancement in computer aided design software. Evolving from metal die casting designs from the 1930's plastic resins has a lot of advantages over other types of manufacturing procedures like the following: Both applications are totally different whereby die casting invokes pouring molten metal into a cast and plastic moulding is where you inject molten plastic into a mould. The science of transforming plastic resins into useful things through the technique called injection molding had made an incredible impact on industry and on our daily lives. The procedure of moulding parts with injected plastics has transformed all of our lifes due to the applications and inventions that this process has made in making mass produced components easier and cost effective. And also with the fast pace of technology and computer software the design of parts have no limits and with the advancement of new plastics resins the future looks great.

The designs could possibly be summarized into the subsequent directions:

The whole process of injection moulding is an elaborate science involving complex calculations. Every resin has shrinkage and this needs to be precisely identified at the design stage otherwise your components may possibly be flawed and be the wrong size. To overcome this whilst the componet is being filled with plastic resin while under pressure is to add more resin to allow for contraction however this may lead to some problems like:   Therefore, specific consideration must be made to eliminate any implications in your plastic moulds. The entire procedure works extremely well with a wide variety of plastic resins including: This is where knowledge and experience comes into play because all resins have there advantages and disadvantages so knowing the characteristics of each is worth its weight in gold when applying these to your components. Here at IMT who are a plastic mould manufacturerwe who design mould tools for your components ready for injection moulding. 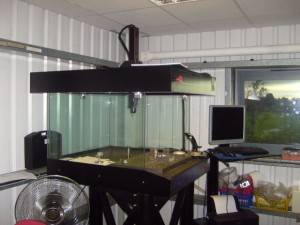 Injection moulding process utilises a ram or screw-type plunger to push molten plastic stuff straight into a mould cavity; this hardens in to a condition which has adapted to the contour of the mould. It is most often utilised program both thermoplastic along with thermosetting polymers, together with the former being significantly more abundant concerning yearly product volumes processed. Thermoplastics are prevalent due to characteristics that makes them tremendously designed for injection moulding, most notably the easiness through which they could be recycled, their flexibleness enabling them to be utilised in a wide range of uses, along with their capacity to soften and flow during heating. Thermoplastics also have an element of safety over thermosets; when a thermosetting polymer isn't thrown from the injection barrel in a timely manner, chemical crosslinking will occur resulting in the screw and check valves to seize and potentially damaging the injection moulding equipment.

The uses of Injection Moulding entails high pressure injection of the raw subject matter into a mould which in turn shapes the polymer into the required pattern. Moulds are often of a single cavity or a number of cavities. In a multitude of cavity moulds, just about every cavity may be the exact same and constitute the exact same parts or could be different and form a multitude of distinct geometries during a single sequence. 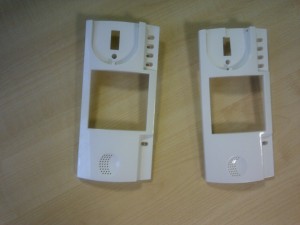 Moulding processess require mould tools which are manufactured from tool steels, yet stainless steels as well as aluminum moulds are suitable for certain applications. Aluminum moulds generally are ill-suited for high quantity creation or parts with narrow dimensional tolerances, since they have poor mechanical attributes and therefore are more prone to wear, damages, and deformation in the course of the injection and clamping cycles; however are affordable in modest volume usages as mould creation expenses and time are considerably diminished. A lot of steel moulds are built to process well over a million items during their life-time and may also cost a huge number of finances to produce. Every time thermoplastics are moulded, frequently pelletised raw material is fed by having a hopper into a very hot barrel which has a reciprocating screw. Upon entry towards the barrel the thermal energy improves and the Van der Waals forces that resist relative flow of specific chains are weakened as a result of raised space amongst molecules at higher thermal energy states. This decreases its viscosity, which helps the polymer to circulate aided by the driving force of the injection device. The screw offers the raw material forward, mixes and homogenizes the thermal and viscous distributions of the polymer, and decreases the required warming up time by automatically shearing the subject matter and introducing a lot of frictional heating to the polymer.

The material feeds forwards by having a check valve and gathers in the front of the screw into a level known as the shot. Shot is the degree of material which to fill up the mould cavity, make amends for shrinking, and provide a cushion (approximately 10% of the complete shot amount which stays in the barrel and helps prevent the screw from bottoming out) to send pressure from the screw to the mould cavity. While enough material has collected, the material is forced at high pressure and velocity into the part forming cavity. To stop spikes in pressure the method usually utilises a transfer position equivalent to a 95-98% full cavity where the screw shifts from a regular velocity to a steady pressure control. typically injection instances are well below 1 second. The moment the screw attains the transfer position the packing pressure is applied which accomplishes mould filling and compensates for thermal shrinkage, which is quite superior for thermoplastics in accordance with many other materials. The packing pressure is used until the gate (cavity entrance) solidifies. The gate is frequently the initial place to harden because of its total thickness because of its small size. The moment the gate hardens, no more material can go into the cavity; accordingly, the screw reciprocates and acquires material for the following cycle whilst the material throughout the mould cools down so that it can be thrown and be dimensionally dependable. This kind of cooling duration is drastically lowered by the installation of cooling lines disbursing water or oil from a thermolator. Once the essential temperatures has been reached, the mould opens and an array of pins, sleeves, strippers, etc. are impelled forward to demould the content. Then, the mould shuts and the process is repeated. 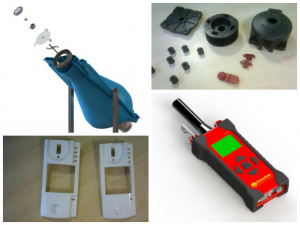 For thermosets, typically two different chemical components are injected into the barrel. These factors quickly commence irreversible chemical responses which in turn ultimately crosslinks the material into a solitary related system of molecules. As the chemical reaction happens the two fluid ingredients completely transform into a viscoelastic solid. Solidification in the injection barrel and screw could be difficult and have economic consequences; consequently, minimising the thermoset curing inside the barrel is important. This traditionally signifies that the residence time and temperature of the chemical precursors is reduced in the injection unit. The residence time is often diminished by reducing the barrel's quantity capacity and by increasing the cycle occasions. These elements have resulted in the use of a thermally remote, cold injection unit that injects the reacting chemicals into a thermally isolated very hot mould, which in turn boosts the rate of chemical reactions and contributes to reduced time forced to have a solidified thermoset piece. As soon as the part has solidified valves close, separating the injection method and chemical precursors, and the mould opens ejecting the moulded components. Then, the mould closes and the activity repeats.

A parting line, sprue, gate marks, and ejector pin marks are frequently found on the final component. Not one of these attributes are normally expected, however are inescapable due to the nature of the activity. Gate marks come about at the gate that joins the melt-delivery channels (sprue and runner) to the element forming cavity. Separating line and ejector pin scars are the result of minute misalignments, wear, gaseous vents, clearances for adjacent materials in comparable motion, and/or perspective distinctions of the mating surfaces contacting the injected polymer. Perspective differences might be due to non-uniform, pressure-induced deformation in the course of injection, machining specifications, along with non-uniform thermal expansion and pulling of mould pieces, which go through speedy cycling during the injection, packing, cooling, and ejection levels of the activity. Mould elements tend to be built with resources of assorted coefficients of thermal growth. These elements cannot be simultaneously accounted for with no substantial increases in the cost of design, manufacturing, processing, and quality overseeing. The skilful mould and component designer will place these aesthetic detriments in undetectable places if viable.

Your one stop shop for your injection moulding requirements